"I am excited by esports. I have always said that you never make a game for esport, players play your game, they get competitive and then they want to compete. You need to provide the right tools to them, to be able to broadcast the experience to players who want to watch it, and then esport will grow within the title.

We have done more in terms of spectator mode and sheet monitoring with Dirt 4 than we have ever done before, it just needs that extra push to turn into a kind of a formalised tournament. Motorsport is difficult because motorsport exists as a real world sport. I don't know many players who watch FIFA being played as esport. I don't know that many people who watch motorsports being played as an esport. I think when a game is completely unique, people spectate mastery of that game because they can't watch anyone do it for real."

"I think that esports will grow with motorsport when more professional drivers start to drive virtually. There is a beautiful opportunity with motorsports. In the winter there is not so many people racing because all the tracks are covered in snow or the conditions are just not right and the teams need to develop their cars for the next season. During that time the drivers are staying at home, wanting to get in their car but the cars aren't ready. What if we present them with an opportunity to race against each other in the virtual world and turn that into a platform for spectators to watch more motorsports, but in a virtual arena.

Those are the kind of ideas that I think will be the things that will help esport to grow into a tangible thing. But ultimately it needs sponsorship; motorsport is struggling for sponsorship as it is, sponsors who are trying to tap into games as a new audience may find that the crossover between the motorsport and the esport side of the sport, and then that will grow from there. You need that support to actually grow this sport into something that people will want to watch, because you can create any esport tournament but, unless there is a big prize or a TV channel ready to broadcast, it's just gonna be 10 guys playing a computer game, and you get that every night in various people's living rooms... So there are challenges, but we are doing everything we can to support the structures required from the game side to enable companies to develop esport tournaments..." 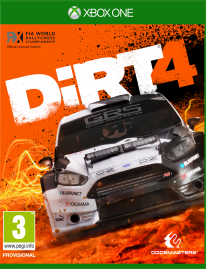