"Well the fourth season of the Elite Series is still very much rooted in the success that we've hard so far in seasons one to three. Obviously this is season number four, the second season that we're working with having FIFA as part of the portfolio of games, and there's a slight twist to how we structure the tournament this time around, so as opposed to the more traditional 1v1 setup, we've added a sort of team dynamic. So it's the only tournament in the world actually at the moment where the 2v2 format is being utilised, and that's bringing a whole new dynamic to the competition, to the relationships between the players and the teams, and to the content that's being created around it, so it's really, really exciting. Added to that is the Player Auction element that we've introduced this year still obviously the competition is rooted in FIFA Ultimate Team, which is an amazingly successful game mode, but what we've tried to do is add another nuance to the way the tournament is structured, so that none of the teams have the same players. They're still able to pick from a rich list of global superstars, but rather than have the same teams have the same players all the time, we've added that level of jeopardy to ensure that only one team can have Messi, one team can have Neymar, etc." 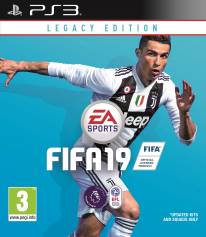