Have you ever played a game for a long time, not because you loved it but because you really wanted to love it? For me, the highly anticipated Xenoblade Chronicles X is one of those games. While I did not hate the game per sé, as a fan of the original XC I had very high expectations and cannot help but feel disappointed. It's sad considering it proceeded from an excellent premise: Earth has been destroyed in the cross-fire between two alien races, a large colony ship carrying what may or may not be the remains of humanity crash lands on the distant planet Mira, and you find yourself in the role of a colonist tasked to pick up the scattered pieces of the mothership - most importantly the lifehold core.

Presentation
XCX is very uneven in terms of presentation. On the one hand it has fantastic environments and wildlife models, and a few brilliant background musical themes to go with it. It also cannot be overemphasized that the game has a few truly excellent animated cut scenes - not least the opening one. On the other hand they failed quite miserably with the character models which are dull and poorly animated - atrocious lip-syncing turns virtually all characters into life-less dolls (which I suppose is appropriate in a way), and considering the brilliance of a title like Final Fantasy XIII, released many many years ago for a slightly less powerful console, this is just painfully substandard work. Additionally, while the original XC had a stellar soundtrack across the board, this game has quite a few really bad tracks, including the standard city theme. Indeed, the only vocal theme I enjoyed was the flying skell music.

Mechanics:
One of the things that kept me coming back to XCX is the fighting system which is fun and very active, improving upon the already strong system already introduced in the original XC. The addition of skell battle mechanics added a bit of variety, though it never felt as precise as ground combat and, sadly, kind of superceded it. The game has several battle classes but sadly it does not encourage you to level multiple ones because upgrade points are rather scarce and, thus, need to be invested in the 'main' skills. The original XC had a complicated and rather unintuitive armory/upgrade system and I can't say this system in this one is any better - it is different but it is still quite unintuitive and takes much effort to get into. While there are tons of armors to buy - including tons of visual gear you can display instead of your equipped armor - you need to know how to work the system to get the metric shitton of cash you need to buy everything you need, let alone the stuff you just want.

Another negative point that should be made is that while the game offers tons of stuff to do in the form of optional subquests, most of them are uninspired farming runs that require you to kill X number of something for no apparent reason. Even worse are the ones that require you to get specific items for enemies, items that drop rather randomly - I had enough of such crap in Final Fantasy XI back in the day... They also could have made a much better job of tying the small number of 'meaningful' subquests into the main narrative. Speaking of which...

Narrative
Like the presentation, the narrative presented is in a word 'uneven'. I was particularly bothered by the fact that the game can't seem to decide what kind of story to tell, jumping between standard character interactions that are just childish and unrealistically buddy-buddy, and a few quests that try to deal seriously with existential issues, revenge, and racism. There was potential for great stories to be told, but they squandered it by making most people feel like silly charactures. As for the main narrative, it didn't make much sense. It did not make sense why the main antagonists hated you. As for the thing you were looking for the whole game - the lifehold core - it could have been hidden better, just saying.

Fun factor:
I would not have played this game for as long as I did had it not had some redeeming qualities. I did enjoy combat and the exploration - the fact that the designers created a world with both low-level monsters and high-level bosses right out the door made the world feel vibrant and real, and as you explored you really needed to take care not to let yourself get ambushed by high-level aggressive monsters. Getting killed that way was kind of annoying at times, but I think it added something to the experience of exploration.

Overall:
In the end I would only recommend buying this game at full price if you are the adventurer type of gamer - loving open-world games like Skyrim and mainly in it to explore every nook and cranny. Compulsive grinders will also find a lot to do in this game. But if you, like me, were drawn to this game looking for a compelling, well-written story, then I'm afraid you'll be disappointed. I certainly was. 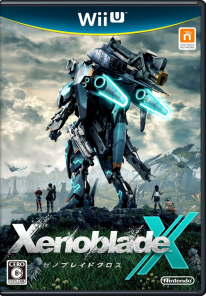