It is with a heavy heart I must relate to you the gravest of news. The contingent of Black Dragons you sent to reinforce the Aquilonian soldiers stationed at Thunder River has been lost to a man. I write you this letter in the hope it will reach you before more lives are thrown away on a war we cannot win.

My fifty Black Dragon soldiers were ambushed on no fewer than six occasions as we journeyed north, each time suffering losses that - while minor - soon took their toll. We were but fifty men, Sire. Even the Black Dragon elite are no match for the hordes of Pictish savages and the armies of brigands marching across this poisoned land. All a man's skill with a blade and formation fighting avail him nothing if he faces three foes for each one he kills.

At the moment of writing, seven of us remain among the living. We are pinned in a cave network not far from the fortress controlled by our forces, but a veritable forest of bloody spears stands between us and salvation. We hear their war drums, Sire. We hear their howls. They will come for us soon.

All that remains is to sell our lives dearly. Two of my remaining men are to be stripped of their armour and serve as message-runners. The first is Learchus, my swiftest runner. He will ensure this letter reaches your hands, my liege. The second man, Kalratha, will seek to break through to the fortress ahead and take word to General Lupercus there. If he runs like the north wind, we may yet be alive by the time the general reinforces us.

In death, we may offer some knowledge to you. The peasants here warn of sorcery in the very waters of Thunder River itself. The island of prisoners in the middle of the river, our point of exile for Aquilonia's darkest-hearted criminals, has fallen into barbarism and madness. Black magic in the prison island's drinking water has driven the inhabitants far from reason. "Don't drink the water," the people of the villages said to us as we marched. A common warning in this land.

We are not fated to meet again in this life, so I would beg a favour from you. My last wish. Please give my regards to Commander Pallantides, and give him my word that it was the greatest honor of my life to wear the Dragon of Aquilonia on my breast in battle beside you both.

The enemy comes. Know one final thing, Sire. Before we fall, we will wash the soil of our homeland red with the blood of the invaders.

Age of Conan växer till sig

Oh yeah, and Deathwing knows how to divide by zero. This is the whole reason of the cataclysm.

in your rearview mirror is the motherfucking law

Peace out booooiiiiiis! And girls..

Oh yeah, and Deathwing knows how to divide by zero. This is the whole reason of the cataclysm. 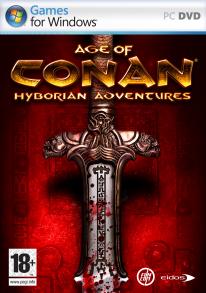 The Chronicles of Spellborn

Age of Conan: Rise of the Godslayer

The Lord of the Rings Online

World of Warcraft: Wrath of the Lich King

Pirates of the Burning Sea